The Organ at Grace Church

Grace Church has been fortunate to have been served by a number of grand organs.  The first instrument was built in 1830 by Henry Erban for the old church downtown and moved into the new Grace Church in 1846.  The Holborne Roosevelt firm was engaged to build a new organ for the new “Choir Tower” after the enlargement of 1887, and they thought so highly of the Erban as to keep it in the gallery and fit with an electric action, one of the first ever built.  Then, when E. M. Skinner was engaged to work on the organs beginning in 1902, he kept much of the pipe work from both organs as he fashioned one of his masterpieces, a grand double organ and mechanism for playing the chimes in the tower, completed in 1928. 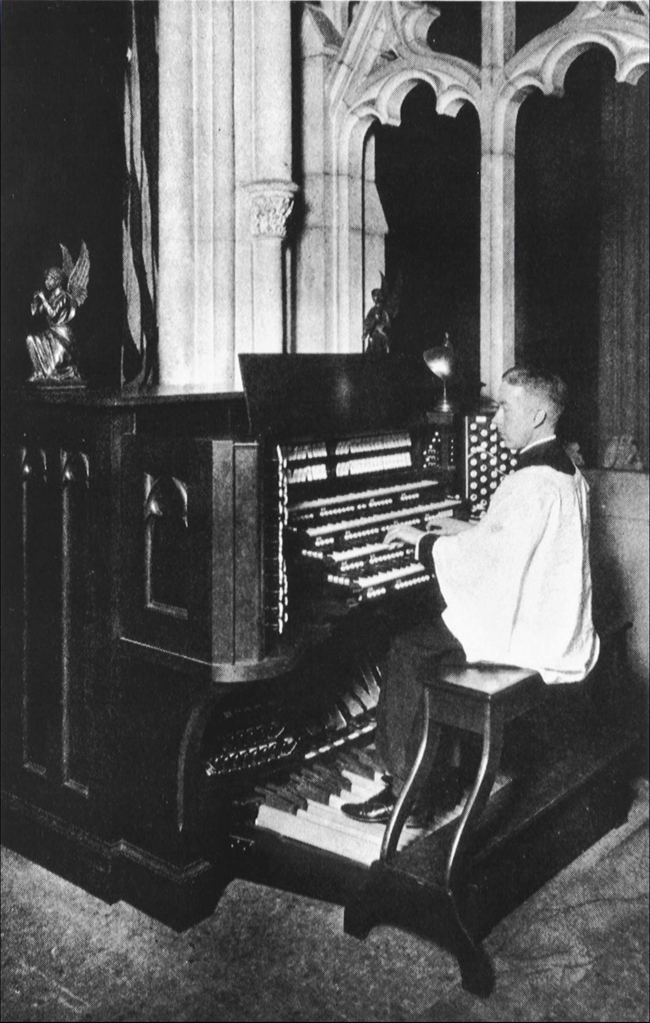 Ernest Mitchell at the 1928 console

In the spirit of the 1960s, a decision was made to replace E.M. Skinner, which was in need of much repair.  While there is no blame to place, a great masterpiece was removed and an instrument destined to fail mechanically, as well as musically, was installed.  The Schlicker contained a considerable quantity of poor-grade pipe metal, causing many of the larger pipes to fall over.  The decision was made in the mid 1990s to replace this organ.

In 2008, Grace Church signed a contract for a new organ to be built by Taylor & Boody of Staunton, Virginia. All of the manual divisions are contained within the chancel area, close to the liturgical and musical focal point. Two classical cases face each other across the chancel with the detached and reversed console placed between the two. 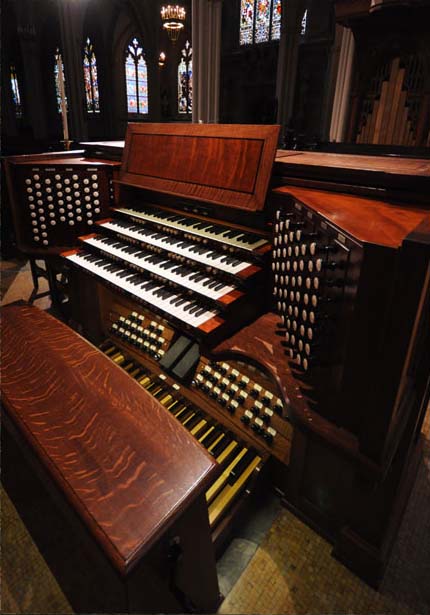 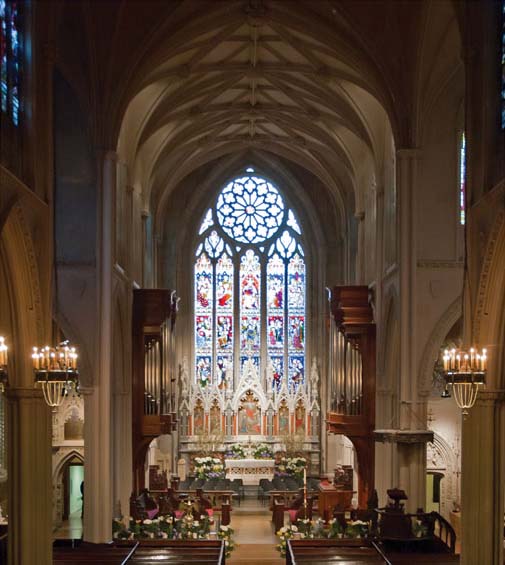